Home Weather The Day is Getting Brighter Just After Midday : The Alabama Weather... 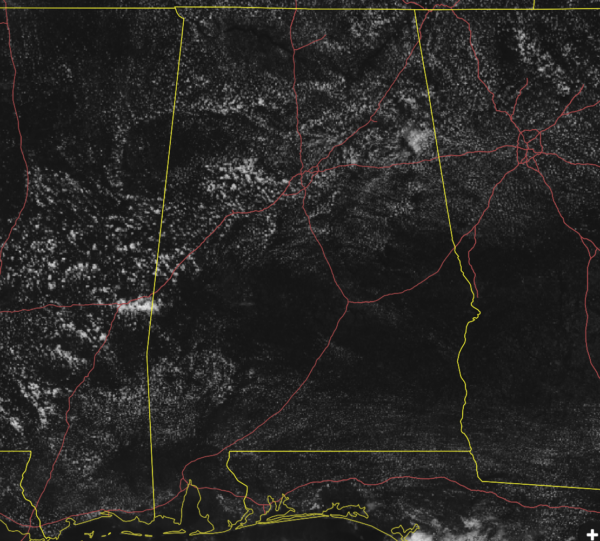 After those lower clouds and fog lifted this morning, we currently have mostly sunny to partly cloudy skies across Central Alabama as we have reached the 1 o’clock hour on this warm and muggy Monday. Temperatures across the area were in the lower 80s to the lower 90s. Tuscaloosa was the warm spot at 91 degrees while Talladega was the cool spot at 83 degrees. Birmingham was sitting at 86 degrees. There is nothing showing up on the radar, and for nearly all of Central Alabama, it should remain that way for the rest of the day.

Weather for the Rest of Your Monday

Skies will continue to be mostly sunny to partly cloudy across all of Central Alabama through the rest of the afternoon and into the early evening hours. There is a very small chance of an isolated shower or storm over the extreme southern parts of the area, mainly south of US-80 and I-85, while the rest of the area will remain dry. Highs will top out in the lower 90s with a spot or two hitting the mid-90s. For tonight, only a passing cloud or two may briefly interrupt any stargazing as skies will be mainly clear. Lows will be in the upper 60s to the mid-70s.

Hot, hot hot… those are the words to best describe what it will be on Tuesday. Once again, there will be a very small chance of an isolated afternoon shower or storm over the extreme southern parts of the area, but no rain is expected for the rest of the area. Afternoon highs look to top out in the mid-90s with a location or two hitting the upper 90s with plenty of sunshine. 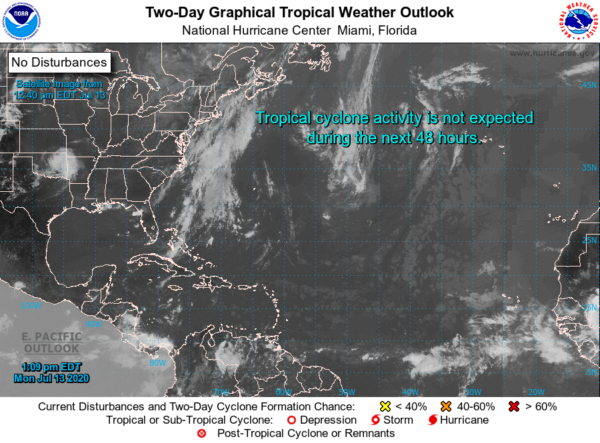 No worrisome activity anywhere in the tropics and no new tropical cyclones are expected to form throughout the next five days.

About the Author (Author Profile)

Scott Martin is an operational meteorologist, professional graphic artist, musician, husband, and father. Not only is Scott a member of the National Weather Association, but he is also the Central Alabama Chapter of the NWA president. Scott is also the co-founder of Racecast Weather, which provides forecasts for many racing series across the USA. He also supplies forecasts for the BassMaster Elite Series events including the BassMaster Classic.

Isaias Expected to Be at Hurricane Strength When it Reaches the Carolinas : The Alabama Weather Blog